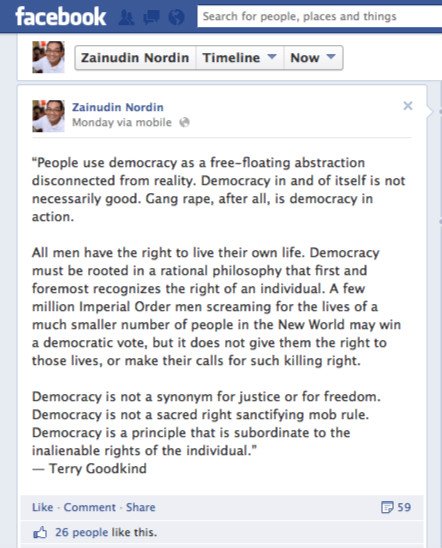 "People use democracy as a free-floating abstraction disconnected from reality. Democracy in and of itself is not necessarily good. Gang rape, after all, is democracy in action.

All men have the right to their own life. Democracy must be rooted in a rational philosophy that fist and foremost recognizes the right of an individual. A few million Imperial Order men screaming for the lives of a much smaller number of people in the New World may win a democratic vote, but it does not give them the right to those lives, or make their calls for such killing right.